On Sunday 17 February, the FCJ Secondary School in Bunclody organised a Gala Concert in the National Opera House in Wexford, with a performance of the FCJ Secondary School Orchestra. The school family was joined by FCJ sisters from Dublin and Limerick and many past pupils and friends. As this was an event of a decade, the FCJ Society availed of the opportunity to share with the 900 strong audience the good news of the forthcoming bicentenary of the foundation of the Society. There was enormous appreciation for the FCJ contribution to education of girls and boys in the wider hinterland of Bunclody for over 158 years.

The Orchestra was founded in 1983 and performed their 1st recital on 7th April 1984. Gearoid Grant, the then music director wanted a school with whom Bunclody could have an exchange. Sr. Madeleine Ryan, then Principal of Bunclody, then liaised with the FCJ sisters in Rhode Island who put her in touch with Mount St. Charles Academy.Â Many exchanges followed that have nurtured relationships and broadened horizons for students of both schools.

Mr. Dale Hennessy replaced Gearoid Grant in 2017.Â  He is a talented musician and is masterful in nurturing confidence in his students to enjoy playing many types of music. The Junior and Senior Trad Groups play many instruments including fiddle, tin whistle, flute, concertina banjo, ceili drum, bodhran and button accordion and are a strong presence within the music culture of the school. 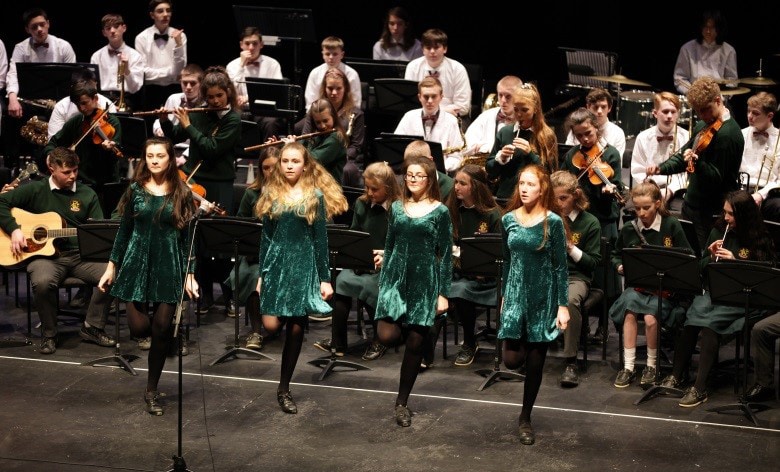 Sr. BrÃ­d, Area Leader for the FCJs in Europe, in her opening address in the Opera House spoke of companionship, which is in the mission statement of the school and very relevant in the world we live in today:Â â€œWe want to mark this special year because we believe that companionship with Christ and with those we meet can be a source of inspiration for people. Companionship is an astonishing contemporary need; it offers support and reassurance in a world where so many people, young and old live in isolation and loneliness.â€

We hope and pray that the young people whose lives FCJ sisters touch will experience companionship and support and will be helped and supported by the friendships and pleasant memories they had in their school days. 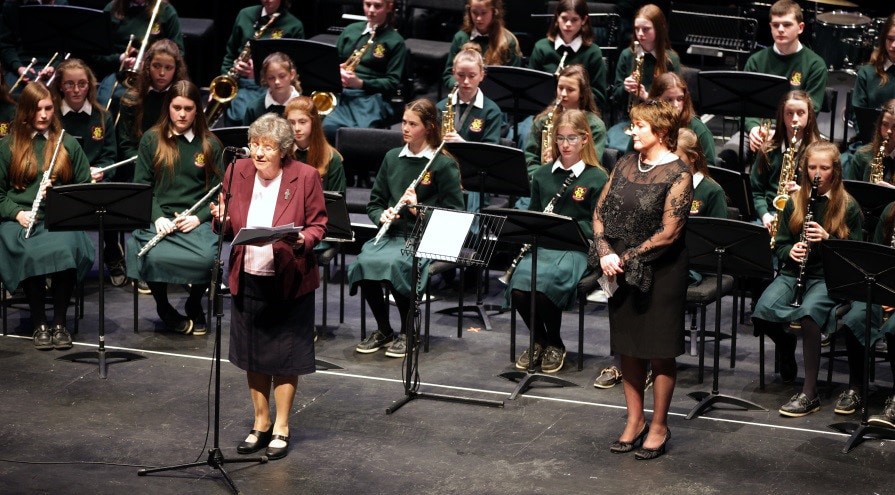 Marie Madeleine, the foundress, during her lifetime established FCJ primary and secondary schools and much-needed evening classes for working women, in England and Ireland as well as in mainland Europe. The work of retreats and missions also flourished. After her death, these ministries continued, as the sisters went further afield, carrying the FCJ vision and spirit from Europe to Australia, Canada, the United States, Africa and later to Asia and South America. Just as the instruments in the orchestra must work together to make music, the sisters in collaboration with staff, students, parents, parishioners, work colleagues and friends, have been able to bring about an improved quality of life for so many people.Â

Marie Madeleine was a â€˜realâ€™ person, not only saintly and admirable, but very human and loveable. Her life was filled with what Wordsworth called those â€˜little nameless, unremembered acts of kindness and of loveâ€™. You probably know someone like that â€“ someone who is caring, thoughtful and quite unassuming. Such people are the salt of the earth, and they do us much good by their example. We know that Marie Madeleine believed with all her heart in the power of good example, for her last recorded words were: â€˜Good example does much good.â€™ […]Â As we gather for this celebration of music, I invite each one of us here tonight, young and old, to hold ourselves ready to continue to care for each other and the earth, as we pray that God, â€˜le bon Dieu,â€™ will call others to join us in various ways, for we believe that the witness and significance of this gift of companionship and fidelity that we all possess, is to be shared with the whole world.

More news and more photos of this event at the Opera House,Â Enniscorthy GuardianÂ and Wexford PeopleÂ websites.

Read about the history of the FCJs in Bunclody: