For the past 47 years, Milltown Malbay, three kilometres from Spanish Point, has hosted the Willie Clancy Music Festival. The festival attracts thousands of people from all corners of the world who come to hone their musical skills and relish Irish music and culture. They learn and play traditional Irish music for the week. It is highly organized with various events happening throughout the day and night. 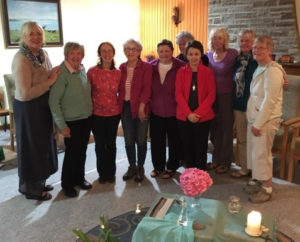 This year, the FCJ sisters decided to host a parallel event. We ran an Open House in Ibricken Lodge FCJ from July 7th-13th from 1.30-10.00pm though in real terms this operated from 1.00pm-11.30pm! We were blessed with a wonderful team, all who contributed according to their talents. Without this companionship and team effort, it would not have been possible. The team consisted of Sisters Susan, Mary, Teresa , Bernadette, Gabriela, Ruth, and also of Bridget and John (Sr Ruth’s sister and brother-in-law), all coordinated by Sr Marion.

As part of the programme, we invited Deirdre Ni Chinneide, a lay woman who runs her own small spirituality centre on the Aran Islands in the West of Ireland to give three days input. Deirdre is steeped in Celtic music, language, heritage and spirituality and she blended all beautifully. She also incorporated her own compositions in Irish and English – simple and beautiful melodies and lyrics in the form of mantras. She gave three sessions each day over three days at 2pm, 5pm and 10pm. The final session took place around the setting sun and was more a reflective prayer incorporating the format of the Awareness Examen, a key prayer moment in Ignatian spirituality. 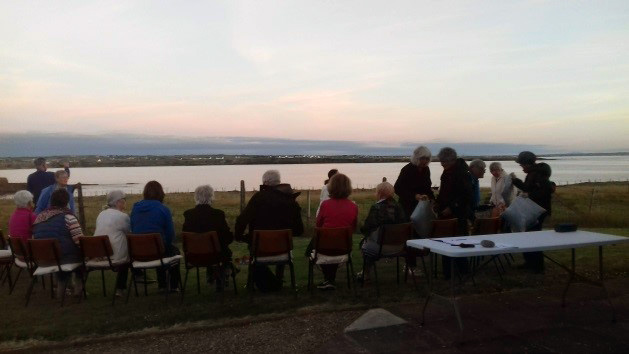 All who came were invited to have tea/coffee. There was always a great buzz in the dining room after the sessions when groups gathered and shared over a cuppa. Word seemed to spread quickly and thankfully many people came to share what Deirdre offered. The great support from Killaloe Diocese and local churches helped enormously to spread the news also. Great appreciation was expressed by those who participated with many asking us to have an Open House again next year.

We are grateful for the great opportunity to share our FCJ charism through this Open House and we look forward to returning next year.

Follow us on facebook @FCJIreland and see more photos on our Open House. Check the programme of events at FCJ Ibricken Lodge.