In October the members of the General Chapter of the Sisters Faithful Companions of Jesus elected Sr Bonnie Moser fcJ as the next General Superior of our Society and Srs Patricia Binchy, Ruth Casey and Judith Routier as General Assistants.

Sr. Bonnie and the three general assistants have just started their 6-year term of office. On Sunday 9 February, a moving prayer-service was prepared during which Sr Claire Sykes, past General Superior, handed the baton to Sr Bonnie for the service of leadership of the FCJ Society.

The new leadership team has expressed their gratitude to Sr Claire and her council – Sisters Barbara, Joanna and Patricia – for the welcome extended to them and for the beautifully prepared week of ‘hand-over’ and are sure that Le Bon Dieu conduit tout lui-même (FCJ Bicentenary theme) in all that awaits them. 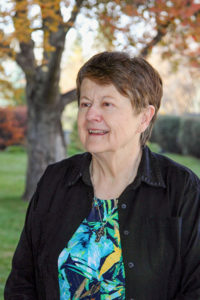 Sr Bonnie was born in Killam, Alberta, Canada and grew up on the family farm.  She went to boarding school with the FCJ Sisters in Edmonton for Grade 12, her final year of school.  She entered the Society five years later.

After the novitiate Sr Bonnie did studies in Education, followed by studies in Administration.  She received a doctorate in educational leadership from Gonzaga University, Spokane, WA, USA.  After two years of teaching in St Mary’s High School in Calgary, Sr Bonnie went to Toronto where she was principal, first of Madonna High School, and then of St. Mary’s Secondary School.

Sr Bonnie spent five years as the Director of the FCJ Christian Life Centre in Calgary.  She was then elected as a general assistant (a member of the General Council) and served for ten years in this office. At present she is Area Leader in the Area of the Americas.

Sr Bonnie is known as a woman of deep faith and hope, broad vision, hospitality, humour and inclusivity. She has a talent for drawing out the giftedness of others.  Her Sisters look forward to walking with her as she leads our international congregation for the next six years. 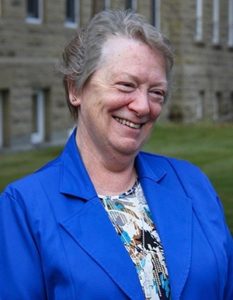 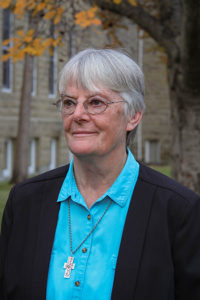 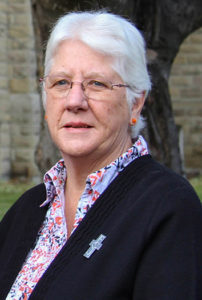 The Feast of the Holy Name of Jesus