Volcanoes and Other Disasters

On January 12 the Taal Volcano in Tagaytay, Philippines – which many of us FCJs have climbed in the past – started to erupt, displacing thousands of people in the surrounding areas and sending ash as far as the community house in Quezon City (though that only lasted for a day). Thousands living in the danger zone spent a few weeks in evacuation centers before being allowed to return home, and are now trying to pick up the pieces and resume their normal lives again.

At the height of the crisis, some of us from the local FCJ community helped religious groups to pack relief goods for the displaced. 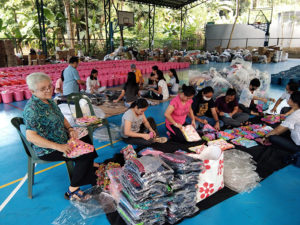 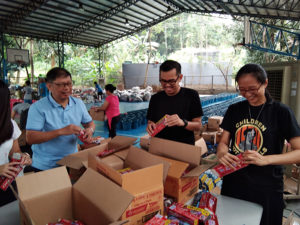 It was heart-warming to see the outpouring of goodwill and help for those affected by this disaster. However, it also made me wonder that we do not see in the same way the masses of people who suffer from destitution and insecurity every single day. Oxfam recently reported that 2,153 billionaires have more wealth than 4.6 billion people, many of whom struggle to survive in conditions not befitting their human dignity. Is this not a pressing disaster?

“New Normal” in the FCJ Center

July 30 is the World Day Against Trafficking in Persons. FCJ sisters around the world minister in this area and we have asked them for their contributions to mark this day. This article and photo are by Sr Juliet fcJ, from Bucharest. ... See MoreSee Less

Accompanying the Filipino community in Bucharest - Faithful Companions of Jesus

July 30 is the World Day Against Trafficking in Persons. Juliet fcJ, writes from Romania about her ministry that brings her in contact with Filipino workers in Bucharest.
View Comments