July 30 is the World Day Against Trafficking in Persons. FCJ sisters around the world minister in this area and we have asked them for their contributions to mark this day. This article and photo are by Sr Juliet fcJ, from Bucharest.

Sr Juliet is part of the Spes group of FCJ Sisters working against human trafficking in Belgium, England, Ireland, Germany and Romania. Spes (latin) means hope… support for the exploited, enslaved and prostituted.

I work with the Filipino community in Bucharest, many of whom are practising Catholics and come to Mass in our local parish of Sacred Heart, especially for the Filipino Mass in English and Tagalog, once a month on a Sunday afternoon. Father Eduard invited me to collaborate with him in helping the Filipino community as we became aware of the problems they face. We are available after the Mass to chat with them, listen to those with problems, offer advice. I am doing faith sharing, catechesis and prayer based on the Sunday Gospel, with those who choose to come, one hour before the Mass begins.

There are about 500 Filipinos in Romania, but the Filipino Embassy is no longer in Bucharest, the nearest Filipino Embassy is in Budapest, Hungary. Embassy/Consulate staff come only two or three times a year for a weekend, to attend to the long queues waiting to sort out visa problems and renew permits and passports. A number of Filipinos were trafficked here recently by an agency, enticed by attractive job prospects, only to find on arrival that the promised jobs did not exist. The agency that exploited them, had taken exorbitant sums of money from their families in the Philippines who trusted them, and then they were not able to get justice and the money refunded, due to false paperwork.

Filipinos come to Romania for work, to be able to send money home to their families in the Philippines. They come through agencies, some of whom are out to make money rather than insist on justice for their clients, and they tend to support the Romanian families in case of problems rather than the Filipino woman in difficulty. The Filipinos are mainly working as servants (and sometimes slaves) in rich Romanian family homes, cleaning, cooking, looking after children, dogs… they get very little free time, work long hours, and the work contract is not always respected. They are hardworking and trustworthy, and amazingly resilient.

In the last six months Father Eduard and I have helped rescue a number of young women in difficulties with their employer, such as contract of work never signed, salary not paid, slave conditions, sexual harassment, locked in the house when the family is away, original personal documents taken by the employer, children that are disrespectful, threatening behaviour… The Filipino puts up with these too long before frightened and unhappy, she may run away going to the Police or coming to the Church for help. We have now organised legal help, through one of the Catholic women lawyers in the parish who offered her services to sort out the problems. The “dishonest” agencies often call “friends” in the Immigration Office when one of their clients is in difficulty and wants to change her job. In that case the Filipina may be given only 30 days to find a new job and process her papers or she will find herself in the Detention Centre waiting to be sent home. We have helped the Filipino Community form an Association recognised by the State which will protect their rights against abuse.

I enjoy this work with the Filipinos and feel that we are making a difference in a small way for victims here in Bucharest. 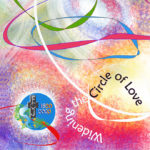 July 30 is the World Day Against Trafficking in Persons. The 2019 FCJ General Chapter calls the FCJ sisters to „continue to widen our circle of love to embrace all people, especially those who experience exclusion, exploitation, and injustice. In particular, we offer our compassionate action to: migrants, refugees and asylum seekers; trafficked persons; the economically disadvantaged; vulnerable women and children„.

Faith and Praxis for Global Leadership

FCJ community in Manila invites us to their Taize prayer - every last Thursday of the month. ... See MoreSee Less