A Lively Day of Recollection

It was 6.30am on 21st November.  Already the voices of children could be heard in the grounds of Sarasvita.

Seventy children from Kanisius Catholic Primary School in Condongcatur had come to the Sarasvita FCJ Centre for Spirituality and Human Development in Yogyakarta for a day of recollection. Their ages ranged from nine to twelve.

The recollection was led by Sr Agnes fcJ and Merici, a postulant with the FCJ Sisters. It was intended that it would help the children to recognise and develop their talents and gifts.  The day  was comprised of various activities: songs, input, play, prayer and silence.

The staff and children said their enthusiastic thanks to Agnes and Merici, this was followed up by an enthusiastic round of applause.  It was clear that all those involved really enjoyed their day. 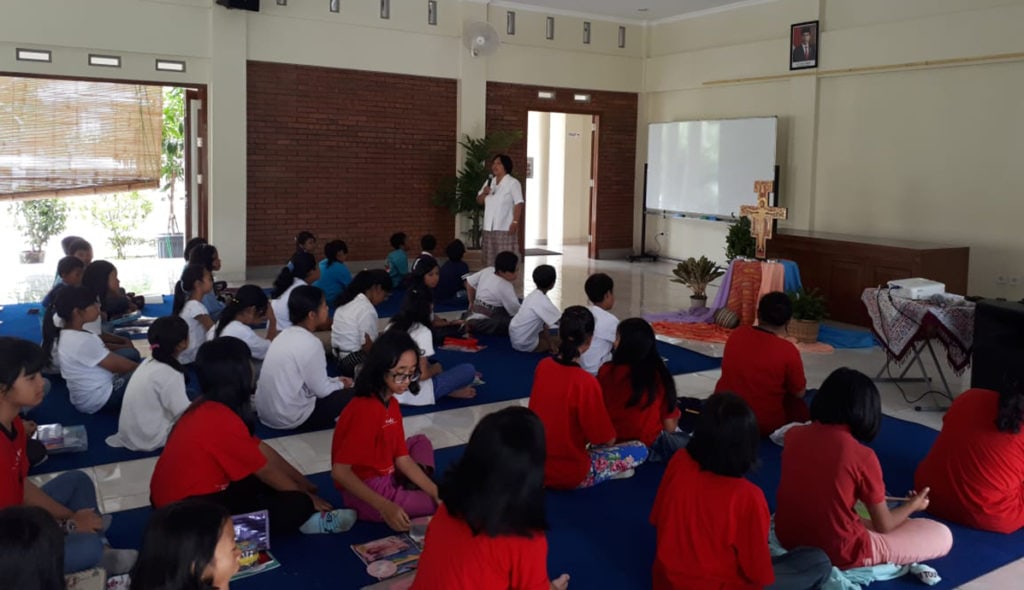 Read more on recent activities at Sarasvita and about Sarasvita’s mission.

The Good Women in My Life