Greetings of peace to all who read this vocation account!

When I was fourteen I became aware of a call to religious life. Â My father had enrolled me in the FCJ Boarding School in Edmonton, Alberta, about 50 km from my village.Â  After a few hard months of adjustment, I adapted to the communal life and began to enjoy the experience.Â  One night while sitting on my bed waiting for ‘lights out’, I suddenly thought of the kindness, good humour and gentleness of the nuns who cared for us, and said to myself: This is the life I want! (as simple as that!)Â  I kept the thought to myself for the next three years, meanwhile praying for guidance (especially to Mary, Mother of Jesus), and I made this vocation discernment part of the annual weekend retreat offered by the Sisters. Comments by several of the Sisters, urging me to consider religious life, contributed to affirming my thoughts on the subject.

I finished High School and was at home during the vacation when my father asked me what I wanted to do with my life, and I told him of my desire to enter the congregation.Â  He had been a past pupil of the FCJs up to 8th grade. His favorite teacher, a Sister who was the first woman to graduate from the local University, happened to be the local Superior. We went together to speak with herâ€¦ and six months later I entered the novitiate of the Sisters, Faithful Companions of Jesus, as a postulant. My vocation was tested during my postulancy by serious doubts rising from the guilt I began to feel at leaving my father. (My mother had died when I was 11 yrs. old). Perhaps I should stay at home and take care of him.Â  My two brothers were in the city attending University.Â  I was tormented by this thought, and decided to pray a novena which I found among in the novitiate library (one month of petition and a second month of thanksgiving). While I was still praying during the month of ‘petition’, I learned that my father had suffered a car accident (was hit by a train at a rail crossing while on his way to a mission at our little village church).Â  Although the car was demolished, my father walked out of the accident unharmed.Â  When I heard this, my first thought was: He doesn’t need me. God is taking care of him!â€¦. And I stayed on to continue what turns out to be a very happy life in the service of God and God’s people.Â  My father eventually remarried and lived many, many happy years with my lovely step-mother.

I am presently living and working in the north of Argentina, in a marginalized area of a lovely city nestled in the mountains. Our community is engaged in various works to improve the lives of those among whom we live. 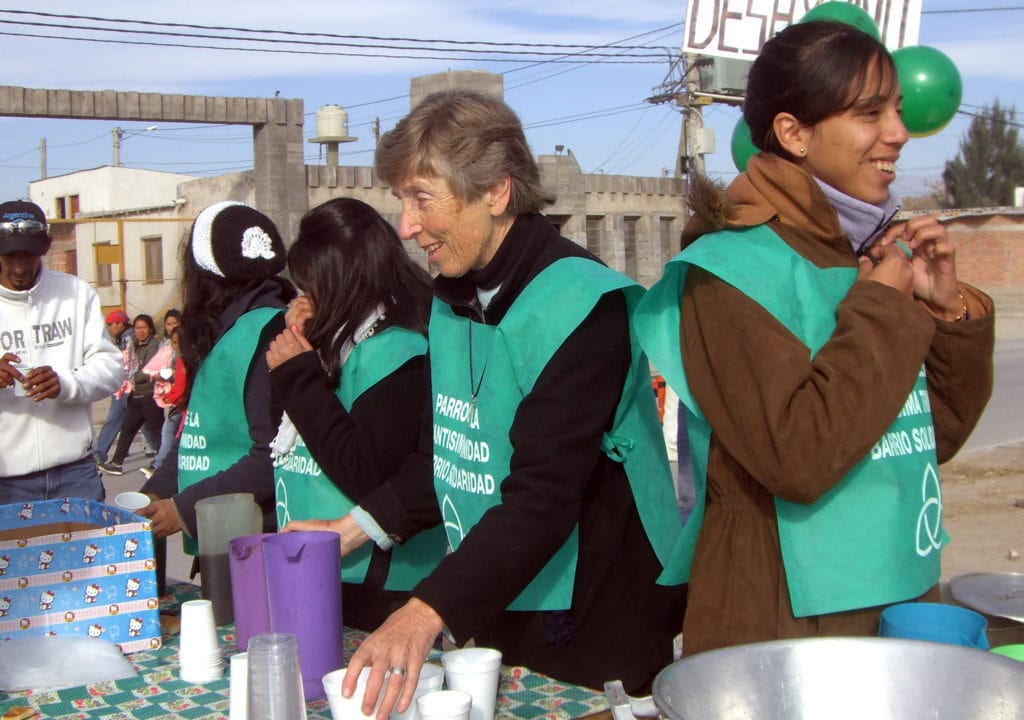 For me, the moral of this story is: If God wants you to do something, He will take care of the details. We just have to trust in God’s Providential care as we respond to the daily ‘invitations’.